Creating a viral campaign doesn’t necessarily mean coming up with a gimmick or a stunt – sometimes good old-fashioned quality content is enough. Here’s an example…

Purple CV have been a client of ours for over a year now – and we like to think our work has had a really positive impact on the business.

At the time of writing, they are ranking in the top two or three positions on Google.co.uk for dozens of the most valuable / high volume terms in their industry, eg “CV writers”, “CV writing service” and “professional CV writers”.

They are on page 1 for over 100 terms in total and, as a result, the website receives roughly five times more organic traffic than when we started work – from less than 650 unique sessions a month to around 3200. See below:

However, as with all our clients, we’re always looking for the next opportunity to drive traffic and of course paying customers through their website. Throw in some additional brand awareness too and we’re all smiles.

So it was decided we’d go about creating a viral campaign – a piece of digital PR that we hoped would go global.

And guess what? It did.

Coming up with a strong concept is at the core of any viral campaign.

Not interesting enough? It probably won’t get picked up.

But you also want to portray yourself or your client in the right light so there’s an art to striking the right balance.

Queue a big brainstorming session at UWP HQ and the idea of a survey was mooted.

A survey automatically carries credibility, as well as providing fresh insights into a subject – essential for newsworthiness.

So we asked 1000 people which clichés they had on their CVs. Simple, but relevant.

The results were striking.

Using our contacts, as well as some tight and tidy copy, we got the story out there… leading to a barrage of positive publicity across various regional newspapers, national newspapers and magazines.

It started as a stream… and turned into a raging torrent!

The first feature came from Time Out Manchester: 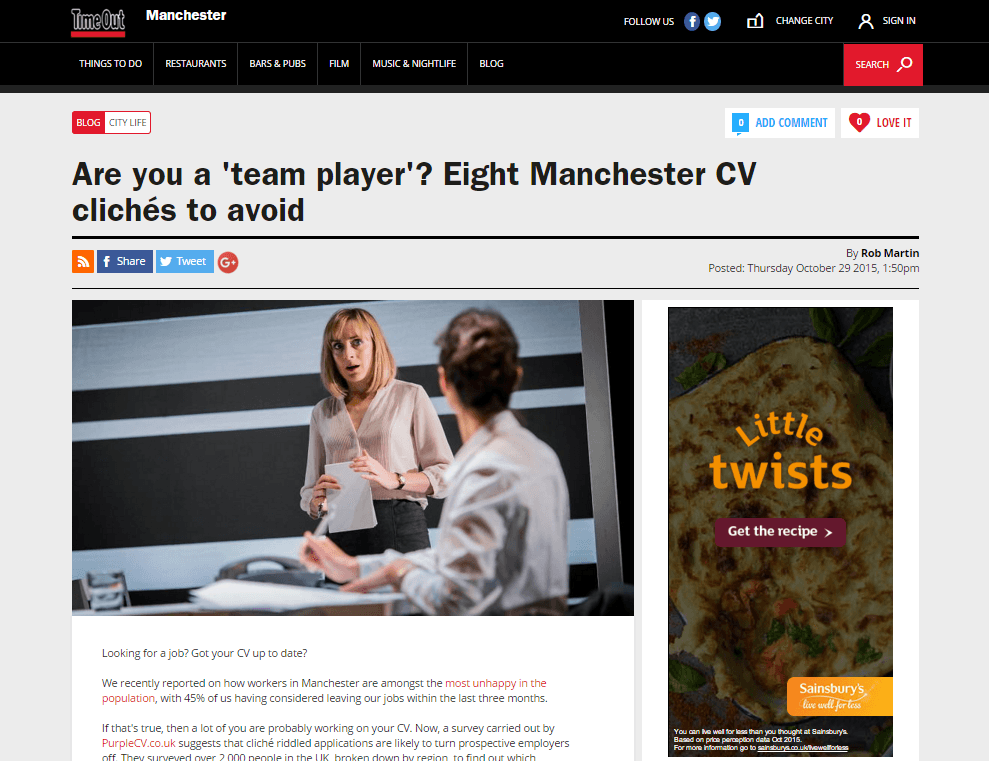 The floodgates soon opened and the piece was picked up in the Daily Mail, Independent and Metro… 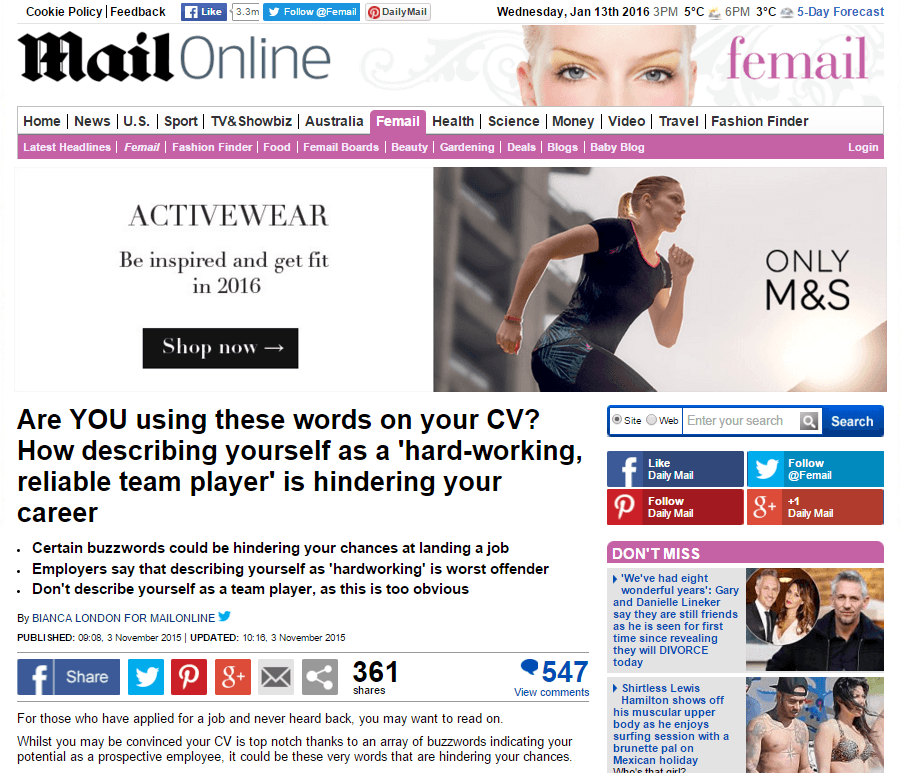 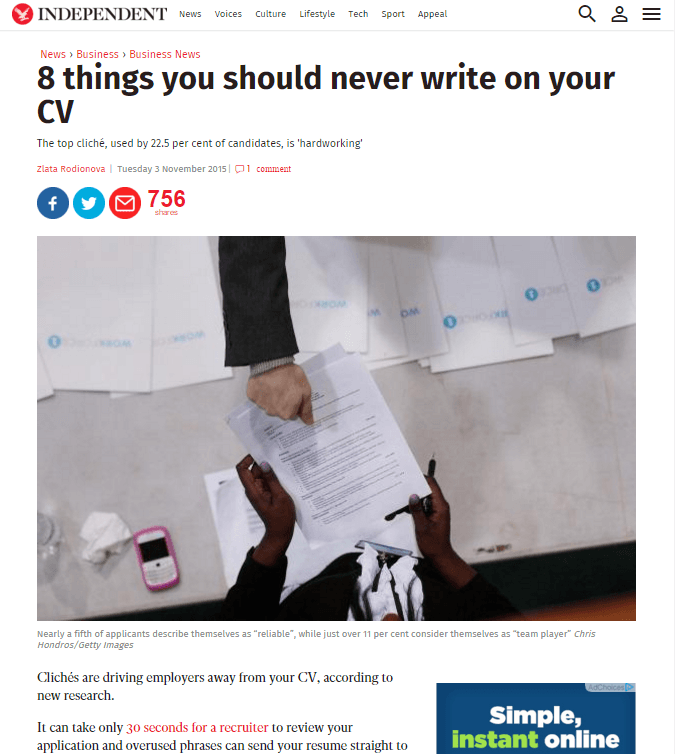 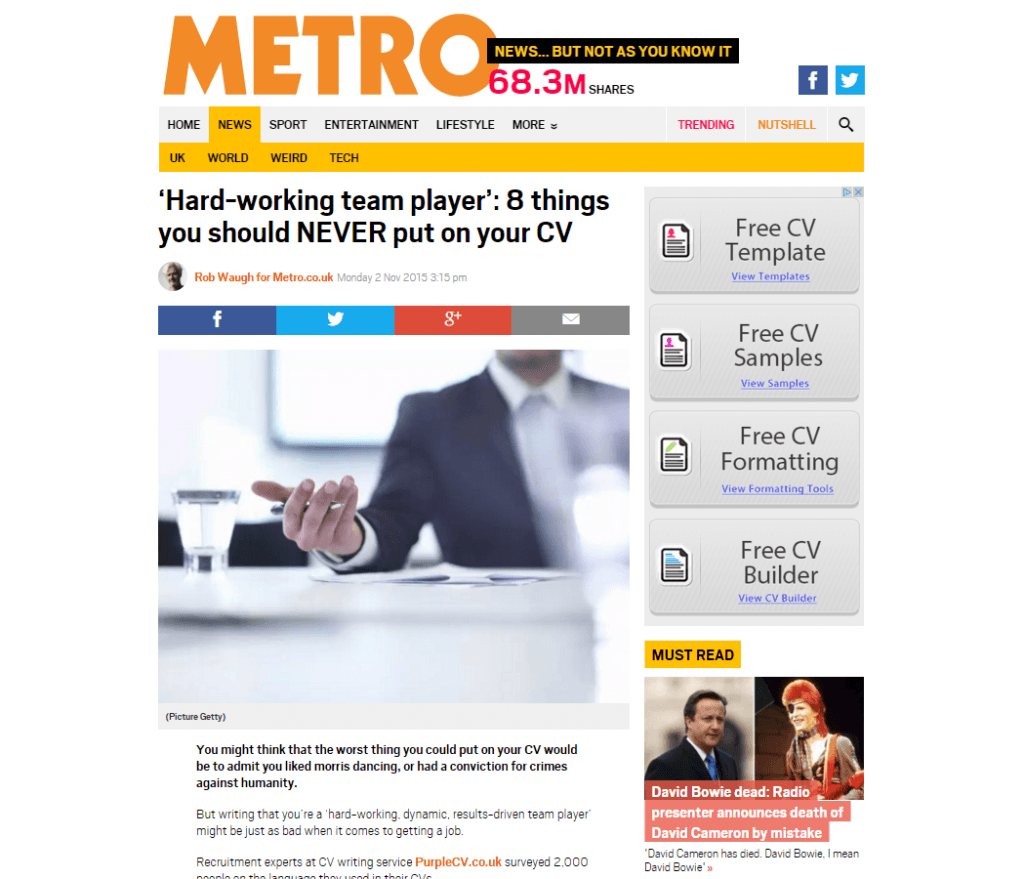 This was shortly followed by Marie Claire and Red magazines… 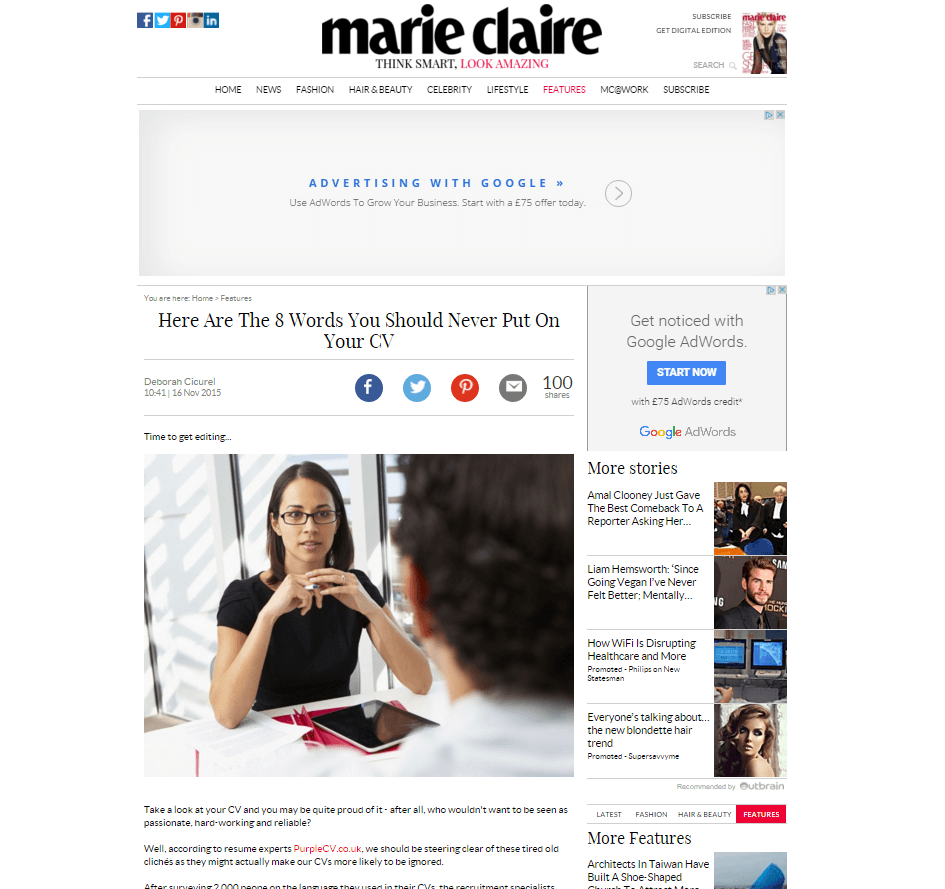 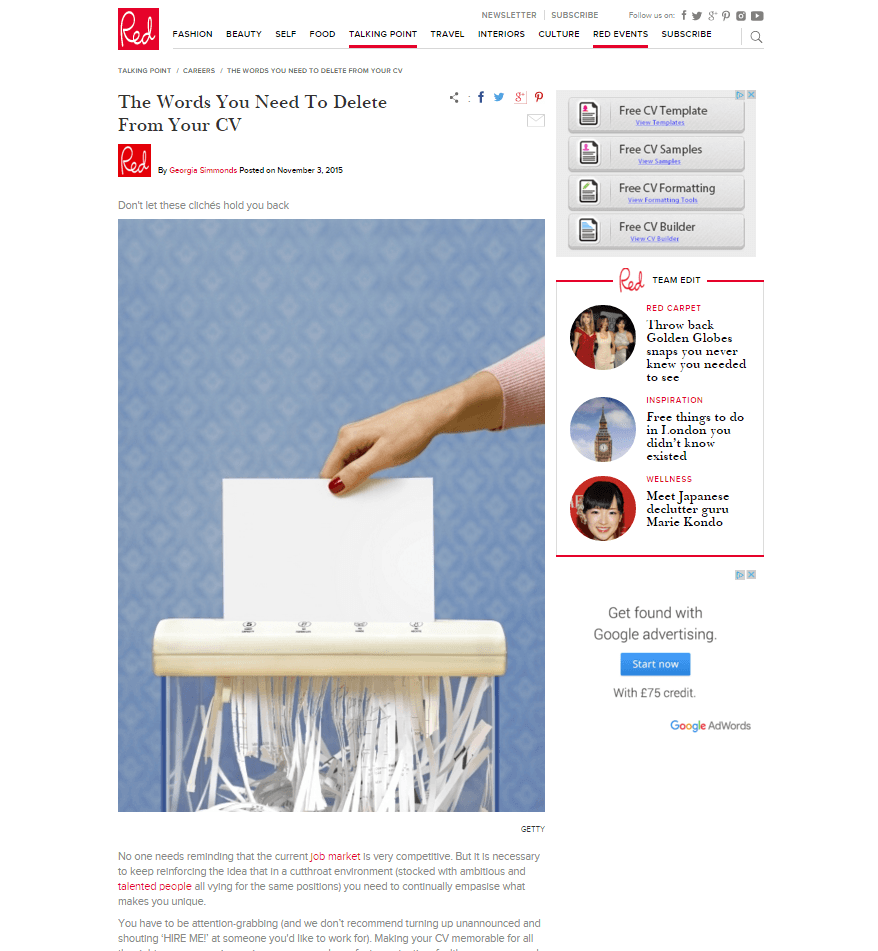 Numerous regional publications then got in on the act, and, before we knew it, our campaign was picked up in Canada, South Africa and Nepal to name but a few.

It also got featured on radio and TV so it’s fair to say it had pretty significant reach!

After the campaign was picked up, website traffic sky-rocketed with roughly five times the normal daily figures.

The campaign also prompted a leap in Twitter followers and a boost to post engagement across social channels.

Crucially, Purple CV’s phones were ringing off the hook – the most important measure of success in any PR campaign.

Creating a viral campaign – a summary

Your idea is key. Keep it simple – you want to be able to brief a journalist or publication with just a sentence or two if possible.

Try to make sure that any publicity will be relevant and positive for your client.

Don’t be disheartened if your campaign doesn’t have the effect you hoped. Seasonality, recent events and competition, among other things, can limit opportunities and there are no guarantees so don’t worry if you don’t crack it first time round.

Get in touch for more information on creating a viral campaign – we’d love to talk it through with you.

To find out more about our recent work check out our clients page.