Facebook marketing tips – how to get value for money

We’re sorry to say it Facebook, but things just aren’t the same as they used to be.

Actually, that’s a lie – it is you after all. And you’ve upset a lot of people in the digital marketing industry you cold heartless b*stard.

Step forward Jeff Bullas, who reckons that nowadays so few people see your page updates on their newsfeeds that “you may have to forget Facebook” unless you want to put your hands in your pocket.

What upset Jeff, alongside other prominent social-media marketers, was Facebook’s admission that “the best way to get your stuff seen if you’re a business is to pay for it.”

The situation derived from Facebook’s flotation on the stock market in 2012 and its need to reimburse shareholders with dividends from advertising.

The free platform that many saw as a launch pad for social media marketing was transformed overnight.

Facebook’s EdgeRank algorithm streamlines and defines what your followers see. And it’s been busy. Consequently, the reach of your business’ posts have, since the start of last year, been in dramatic decline.

In fact, many businesses have seen their organic reach percentages fall as low as two percent, with some dropping up to 44 percent in just a month following an algorithm change last year. 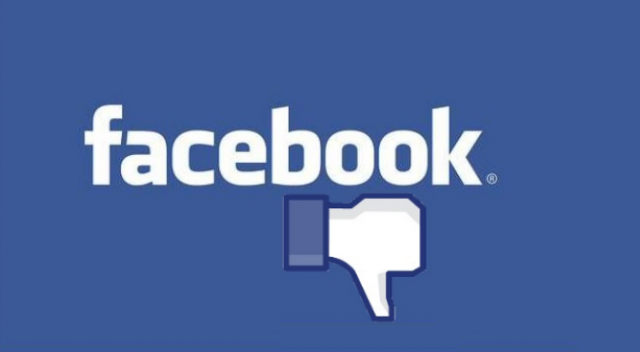 A client came to us recently to discuss social media marketing strategies.

We discussed Facebook – he argued that not only was it hard for him to organically increase his business’ likes but, even with the likes he had, his organic reach was negligible.

But he’s wrong. And we’ll tell you why.

Facebook can still make you money – as a paid marketing tool

We believe what’s required is a fresh outlook.

Harnessing Facebook as a free marketing tool is still possible. But it’s getting harder and harder.

Quality content will still result in shares – but if only a small percentage of your following see it, then the chance of a share is slim.

There are over 1.3 billion monthly active users on Facebook, and significant and practical targeting options give you the ability to place your content right in the centre of your target audience’s news feed.

Brian Carter goes as far to claim that “Facebook Ads are the biggest marketing opportunity ever”.

Steady on Brian. To be fair, his reasoning is based on two main factors.

Firstly, the cost – Facebook offers the lowest cost per 1000 impressions out of all major advertising platforms, averaging in at $0.25 per 1000 in the States.

Given that adding advertising to promote your posts might increase the exposure of your page by up to 100 times, it’s something of a no-brainer in Brian’s eyes.

He compares this to AdWords. While click-through-rates on AdWords are generally far higher, it has far less capability when it comes to raising brand or business awareness – far fewer people will see your ad.

Secondly, and most crucially, there are myriad targeting options when setting up a Facebook ad including age, gender, language, geography, workplace, education level, interests, relationship status… the list goes on.

Your product or service can reach the right person before they even know they need it. Creepy? Maybe. Effective. Yes.

In spite of this, only a tiny fraction of businesses that are active on Facebook actually advertise on the platform, which accounts for just 9% of digital ad spending.

There are some low hanging fruit to be had if you play your cards right.

Facebook advertising is only becoming more appealing and more effective. In the UK last year, click-through-rates for Facebook ads rose from 0.13% in the first quarter to 0.27% in the fourth.

And it’s a global trend, with the worldwide average CTR at the end of 2013 at just below 0.4% and climbing across the board.

Maybe, maybe not – but we’re going to try our best to give you some winning Facebook marketing tips either way. So strap yourself in:-

How to create a winning Facebook campaign in three key steps

1. Decide what type of ad you are going to use

There are four different types of ads to choose from. You can go for the sidebar option to the more “in your face” news feed option which tends to work really well because it’s slap bang in the middle of where the reader is looking.

Other options include sponsored stories and promoted posts – more targeted ads that will only appear if the user or their friends have had some interaction with your company.

2. Write a captivating ad that is targeted and effective

Many of the principles of ad writing that we discussed in this previous blog still apply.

You want an eye-catching headline. You want a call to action. You want to maximise your space. Don’t go wasting characters.

Be sure to preview the ad – depending whether it’s a sidebar ad or a news feed ad the formatting can change significantly.

Be as specific as you can with your audience.

Use as many segmenting factors as you can.

If you’re selling accountancy services, what age range would your likely clients be within?

What industries might they work in? Is the location important?

The more you micro segment the more chance you have of getting clicks.

This means writing a number of specific tailored ads for targeted sections of your audience. Put in the hard yards and you’ve got a better chance of seeing some results.

Lover of all things equestrian, Isabel Crouch highlights how a detergent brand might have success with ads targeted at those who ‘like’ horse-riding. Well worth a quick read.

Summing up – the pros and cons of Facebook marketing

We’re not saying the days of organic Facebook marketing are over but the fat lady’s definitely warming up.

However the paid alternative, if managed well, can be both cheap and effective.

Like any online ad campaign, constant tweaking and conversion tracking is vital – but Facebook’s user-friendly interface makes this all pretty straightforward.

Whether you’re looking for more likes to act as social proof or directly selling a product, all performance indicators can be observed in one place.

If you’re already running a Facebook ad campaign and want us to have a look under the bonnet, or want some help setting one up, give us a ring on 0207 100 4562 for a no-obligation chat.

Failing that we wish you all the very best with it.