Mobile optimisation as a ranking factor – the lowdown

We’re a pretty modest bunch at UWP. In fact, we’re absolutely brilliant at being modest.

A few months ago we flagged up that Google would confirm mobile optimisation as a ranking factor. And this time we were right so don’t you forget it!

The world’s favourite search engine have now announced they are about to expand the use of mobile friendliness as a ranking factor – and we should expect a “significant impact” on search results.

We’ve noted everything you need to know about the update: What it involves, who will be affected and most importantly what you can do.

So not only are we modest, we’re helpful too – even if we do say so ourselves. OK, maybe we are overplaying the modest thing. Anyway, off we go…

Mobile optimisation as a ranking factor – what’s going to change?

April 21. That’s when the big update will start rolling out.

Google first mentioned mobile optimisation in relation to SEO in 2013. The focus was on encouraging a better user experience so if the bounce rate on your mobile site is high, it might impact on your ranking.

The next development in the mobile optimisation / SEO relationship was the addition of the “mobile-friendly” tag on mobile searches last autumn (see below):- 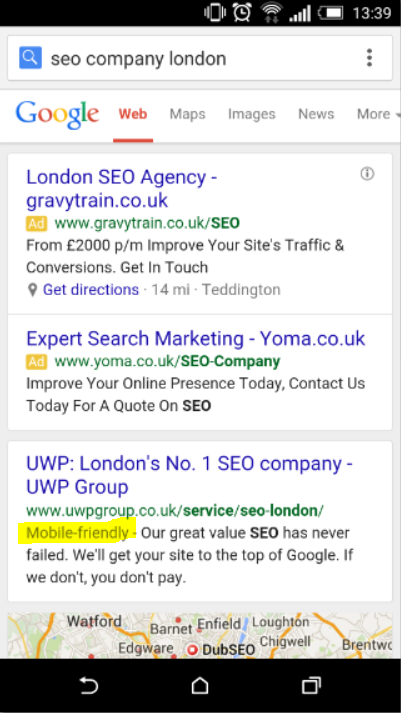 But the coming update will have a much more telling impact on the search rankings than anything we’ve seen before.

Indeed, in terms of scale, it looks set to blow the much-vaunted Penguin and Panda updates out of the water – and that’s saying something.

It’s predicted that 83% of internet usage will be from mobiles by the year end, so it’s likely the number of mobile-search queries will be at a record high too.

And while Penguin affected 4% of sites and Panda 14%, the new update will affect all mobile-search queries.

Its impact will be global, but with 75million mobile subscriptions in the UK (117% of the population!), if you’re working with British-based consumers, you’ll want to take note of the below!

How will the latest Google mobile update affect my site?

It’s been labelled the “SEO-pocalypse”, “mobilegeddon” and various other nonwords. But not every website is going to feel the wrath of Google.

If you already have a mobile-optimised or responsive site you’re probably breathing a sigh of relief right now.

And if you’re not sure if you’re in the clear yet, plug your URL into this tool.

If your site is optimised, and rival sites aren’t, you may see a lift in your ranking for certain keywords.

It’s worth noting, though, that it’s a page-based update – not site-based. This means April 21 doesn’t necessarily mean “all or nothing”, regardless of what the yes / no tool might have you believe.

If you can only afford to optimise certain key pages that you already rank for, it’s not ideal but you can paper over the cracks. You’ll still have the opportunity to appear high on the SERP.

Additionally, if your site’s mobile traffic is low there might not be such a sense of urgency to meet Google’s new demands so it’s worth finding that out as quickly as possible.

If you look at your Analytics, you’ll be able to see what proportion of your traffic comes from mobiles and tablets. Call us on 0207 100 4562 if you aren’t sure how. 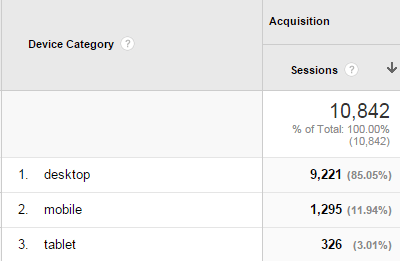 This percentage is significantly lower than most of our clients – it can vary massively from industry to industry. Either way, figures are increasing across the board so it’s increasingly important.

Very roughly speaking, most sites currently get about 30% of their organic search traffic via smartphones so this algorithm update is likely to affect the majority of businesses in a big way.

If local search is important to your business you could be particularly vulnerable.

Recent research shows that mobiles have overtaken PCs for local search queries, making it essential for local business owners to have mobile-friendly sites if they still want to rank for their key terms.

As for branded searches like “UWP Group”, the debate continues.

It would seem counterintuitive for Google to penalise poorly optimised sites for branded searches too. Mobile friendly or not, the searcher knows specifically what site they want.

We don’t think branded searches will be affected in any major way but we’ll have to wait a few weeks to be sure.

Tips: What can I do to prepare for the update?

You’ve probably already used the tool to check, and if you’re not optimised you’ll want to take steps promptly if you want to be shipshape before April 21.

Google have even written a guide to making your website mobile friendly. But if you haven’t got time for that, we can summarise for you. You’ll need to…

–          Optimise your site for speed and mobile interfaces

If you’re looking to do a DIY job on your site, this guide is one of the best out there.

However, if you aren’t sure, speak to your developer or get on the phone to one of our design team. We’d be more than happy to help.

Why is mobile optimisation so essential?

If it’s not enough that your Google ranking may drop, there are other reasons to look seriously at mobile optimisation.

Desktop PC use is falling.

Even if your business isn’t getting a lot of mobile traffic right now, it will do in time.

For all you online retail businesses out there, you’ll be interested to know that the UK leads the world in e-commerce activities.

Two-thirds of the population have bought something online in the past month using a PC.  Yet only 18% on mobile.

Tellingly, there is a 46% cart abandonment rate on mobile while almost a third of shoppers will give up if a site isn’t mobile-friendly when shopping on a phone.

Nine out of ten smartphone users have used their devices while shopping – for research, price comparison and browsing.

There is evidently a massive, universal issue surrounding mobile conversions.

Make it easy for your customers. Make your site mobile-friendly and you’re going to see an increase in conversion rate.

How does your site stack up when compared to your rivals’?

If it’s a straight shoot out between using your site or a competitor’s mobile-friendly site, we know where we’d be headed. 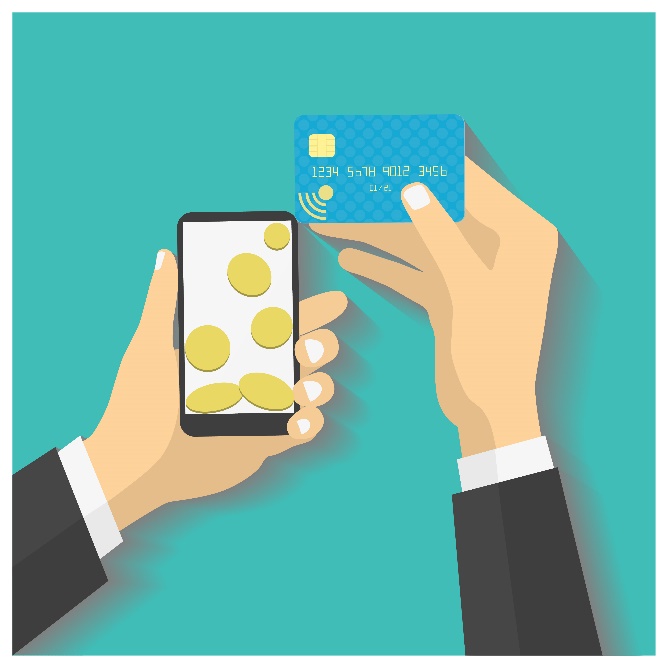 Mobile optimisation as a ranking factor: A summary

Given the above statistics, predicting the increasing importance of mobile optimisation as a ranking factor hardly makes us latter-day Nostradamuses. It was always going to happen.

There are two key reasons why Google are going to boost mobile-friendly sites.

1 Almost everyone uses the internet on their phones.

2 A properly optimised site is vastly preferable to the user than a pinch and scroll site. And don’t user-friendly sites deserve to appear at the top of the rankings?

You can’t really argue with that.

If you want any help getting your site mobile optimised – or want extra detail on how the coming update might impact your business – don’t hesitate to get in touch.

Have a good Easter weekend and see you next time.